The train came to a grinding halt when the conductor saw a herd of sheep blocking the tracks. Climbing down from the cabin, he felt a knot in his gut as he approached the animals. In the moonlight he could see the sheep eyeing him up. Then in a flash, the animals were gone, and the conductor was faced with a pack of ravenous hellspawn. Terrified, the man scuttled back to the train. The engine roared back to life, and the wheels started moving. He never looked back.
That was how the last trip on the Nariz del Diablo train ended — at least, according to local lore. 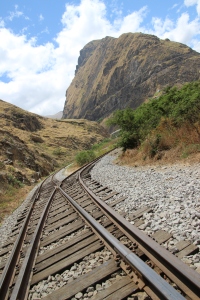 The Devil’s Nose is Ecuador’s most famous haunted site. For over a century, this isolated stretch of rail has supposedly been stalked by no less than Satan himself.
When construction of Ecuador’s first railway began in the late 19th Century, the line was widely hailed as the most ambitious rail project of its generation. The initiative was the brain child of Ecuador’s president, Eloy Alfaro, who was determined to see a modern railway come to his country. Alfaro believed by uniting the highlands and the coast with rail, he could thrust Ecuador into the 20th Century. However, the greatest difficulty facing the line was the technical challenge posed by the Devil’s Nose – a gut-wrenching 500 metre vertical drop. When workers arrived in this desolate corner of the Andes, a few pointed out the slope looked a little like a gigantic nose. Most of the workers were forced labourers, dragged from the British colonies in the Caribbean.
Thousands of labourers died in the following years, while working in squalid conditions for long hours. Those that didn’t die of exhaustion choked on the myriad of tropical diseases running riot through the poverty-stricken work camps. Many more perished on the steep flanks of the nose in rockslides and explosives accidents. Conditions became so grim, the workers were soon convinced the site was cursed. A story grew that Satan wasn’t fond of the idea of a train running down his nose, and had taken a personal interest in seeing the project fail.
As life on the railroad got worse, the ghost stories became more elaborate. It was as if the workers were convinced they were already on Hell’s doorstep.
At night, labourers would whisper that Satan and his creatures were creeping through the dark hills. There were even stories of a pitchfork wielding man in red that would appear on the nose to torment the workers.

By the time this section of the railway was completed, the site was so riddled with horror stories, the myth became self-perpetuating. People in the area claimed a ghost train would pass through at midnight. When it reached the top of the nose, it would screech
to stop, belching demonic smoke across the surrounding countryside. Then that man in red would materialise out of the shadows. Striding through the lamp light of the mysterious train, he would board, and be whisked off to Hell. After so much bloodshed on the nose, it seemed Satan had finally warmed up to Alfaro’s dream.
Ecuador’s railway fell into disrepair two decades ago, but is now being slowly rehabilitated.

Today, the Devil’s Nose section is run as a tourist attraction. The train starts and ends at the town of Alausi, a two hour bus ride from Riobamba. The trip is complete with free spam sandwiches and traditional dancers to greet guests. 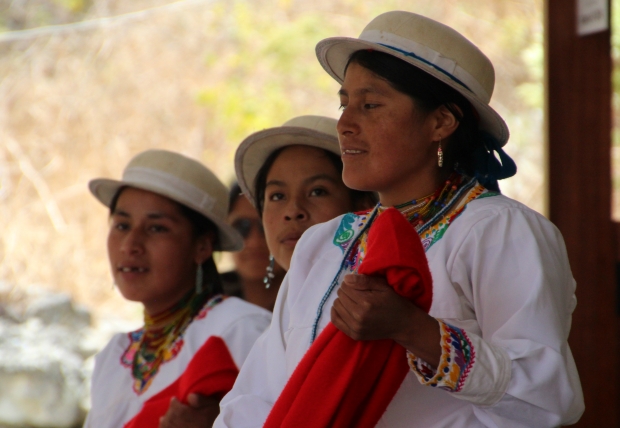 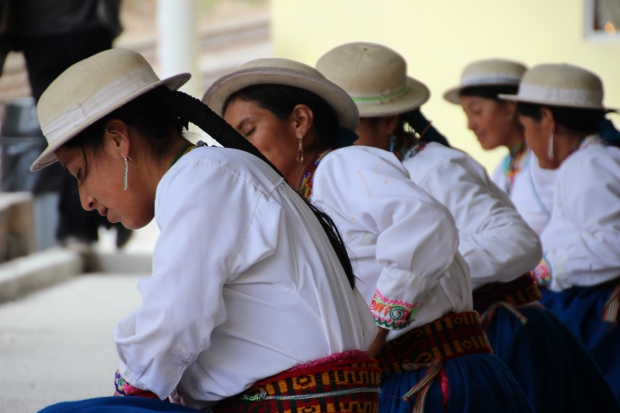 The highlight of the ride is the series of switchbacks that yank the train up the Devil’s Nose. It makes for a wonderful view.

The site of thousands of agonizing deaths is travelled by backpackers and holiday makers looking for a thrill, but Satan is a little quieter nowadays. Perhaps he’s satisfied with how things turned out.