Despite (half-hearted at best) government efforts in recent years to lure tourists, Venezuela remains very much off the beaten track for backpackers. In one way it’s a shame so many people have no idea how stunning the country is. But in another sense, it’s awesome, because it means the few travelers who make it here find a place unadulterated by the international tourism industry. Venezuela isn’t the easiest country to travel in. Transport can be frustrating at times, and some visitors can feel intimidated by the Kafkaesque currency situation. Yet Venezuela rewards visitors tenfold more than it challenges them. If you’re looking for somewhere unmolested by mainstream tourism, look no further than Venezuela.

Personally, my favourite part of Venezuela is the Andes – specifically Merida state. I’ve described it before as a hiker’s paradise, and there’s really not much more to say. Pick a trail, pack a tent and slip into the untamed mountain wilderness.

But, where to start? To make things a bit easier for the first-time vistor to Merida, I’ve compiled a few of my favourite places around the state, with a mix of pleasant villages to chill in, and one or two of the best walks to get your feet wet. Enjoy. Anyone visiting the Venezuelan Andes is bound to end up in Merida city. It’s the transport hub of the state of the same name, and a perfect base for exploring the mountains. It’s also a great spot in its own right. The small city is infinitely less polluted, crime ridden and busy than Caracas, and generally has a pretty easy-going vibe. The central plaza is a pleasant spot for a cup of sweet coffee.

This tiny mountain village is a must for any visitor to Venezuela – period. Until the teleferico from Merida is up and running again, the only way to Los Nevados is a bumpy five hour jeep trip along a winding mountain road. As soon as you arrive, you’ll understand why the trip was worth it. “Idyllic” would be an understatement: this pueblito oozes ol’e time mountain charm. People are gorgeously friendly, and the only places I’ve seen the night sky clearer are central Australia and deep in the Sahara desert. For a small village, there’s plenty to do. Los Nevados is surrounded by scores of hikes, and renting out an entire cabin outside town is highly recommended. 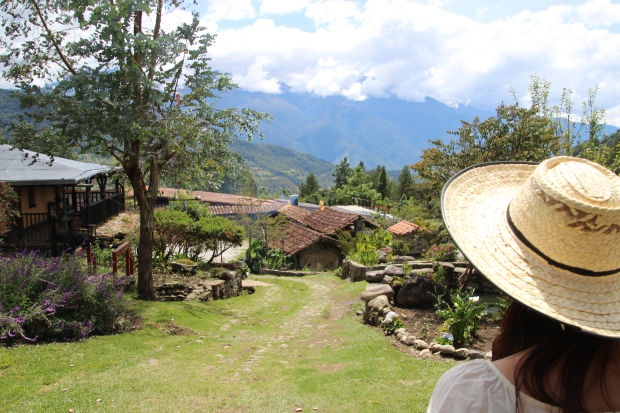 Closer to Merida than Los Nevados is El Valle. Unlike Los Nevados, El Valle sees plenty of tourists from the city, particularly on weekends. For Meridanians, it’s the spot to grab a nice lunch on a weekend, or go for a low-key walk in the hills. It’s also the perfect place to pick up locally made drinks. The two most popular locally-made beverages are ponche and artisan fruit wine. Ponche is a smooth cream liqueur, vaguely like Irish cream, but comes in a variety of flavours. The fruit wines tend to be outrageously sickly sweet, so unless you’re a real sugar fiend, caution is advised. There’s also a great socialist-run trout farm in the area. It’s easy to spend half a day wandering around the farm, which includes a small on site museum. The restaurant shouldn’t be missed – it dishes up solid plates of local Andean trout (naturally).

To get to El Valle, take one of the buses from downtown Merida city. The bus stop has moved once or twice, so easiest thing to do is ask around town for directions to the bus. On weekends, expect to wait a bit. 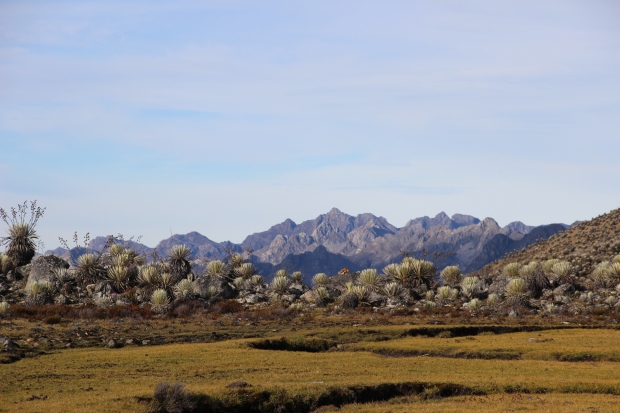 The hike leading into the Parque Nacional Sierra La Culata is usually the first walk undertaken by visitors to Merida. Given how easy it is to get to fom Merida city, it’s no surprise the first few hours of the trail get well trodden on weekends. To get to the trailhead, just take the same bus to El Valle, but stay on until the end of the line. To see the best the trail has to offer, be prepared to camp overnight, as buses back to the city tend to stop running around late afternoon.

If you want a challenge, continue past the waterfall at the end of the long valley to Pan de Azucar, a peak that’s actually not much lower than Pico Bolivar. Be warned though, camping at the base of Pan de Azucar can be a frosty affair. The waterfall a few hundred metres lower is a significantly more comfortable camping spot.

The village of Gavidia itself is little more than a few houses huddled around a stream. There’s not much to do here particularly, but it’s on the list for being the trailhead of one of the best hikes in the state. From the village it’s an overnight round trip to Laguna Santo Cristo. The trail takes you through some of the wildest country in the state, with stunning views along the way of untouched mountains.
Getting to Gavidia isn’t too difficult. Just bus out to the town of Mucuchies, and catch a shared jeep from the main square.

The little town of La Azulita can be reached by bus from Merida city’s main bus terminal. It’s a few hours, but well worth it. The surrounding countryside is renowned for its bird watching opportunities. There are also plenty of nice day walks in the area.

Laguna Mucubaji is one of the easiest places to get a taste of the challenging Parque Nacional Sierra Nevada. The lake can be reached by busing out to Apartaderos, then walking or catching a cab a few kilometres up the highway to the park entrance. Like La Culata, the lake swarms with day-trippers on weekends. For a bit of solitude, head to the nearby Laguna Negra. It’s an easy downhill walk south-east of Mucubaji. The far side of Laguna Negra is a great place to camp, though the fishing isn’t too good.

Another small mountain village, Jaji is easier to access from Merida city than places like Los Nevados. It’s just a short bus trip away, but has a lovely, chilled mood. There’s a few good strolls out of town, and the restaurants on the main square do good almuerzos.

Visible from Merida city, Venezuela’s highest peak taunts visitors from the get-go. Once the teleferico is running, climbers should be able to get all the way to the base of the peak, and ascend in just one day. Until then, it’s a four to five day trek through isolated, tough terrain. The final ascent itself isn’t too technical, but combined with the lengthy approach the trip demands a decent level of fitness. Take it easy, and you’ll make it to the top.

Still need to sate your appetite for the Andes? Check out my photo galleries from around Merida state, here and here!